It was a busy day today. For starters, the Puddinette and I took Eldest Son out for his Day Out With Mom and Dad after several months of discussion about what he’s like to do. As he’s roughly 6 weeks from turning 16, you can imagine there wasn’t a whole lot he wanted to do with just us.

I mean, it’s cool that we gave him life and all and make sure he’s clothed, fed, and at soccer on time, but, man, hanging out with Mom and Dad for a few hours is a pretty big request.

Eventually he decided that he would enjoy going to a Bengals’ game, especially since the Puddinette had somehow never been to one. This was pretty much the only weekend this month we could make it work, though, so everybody was happy that the team was playing at home today. 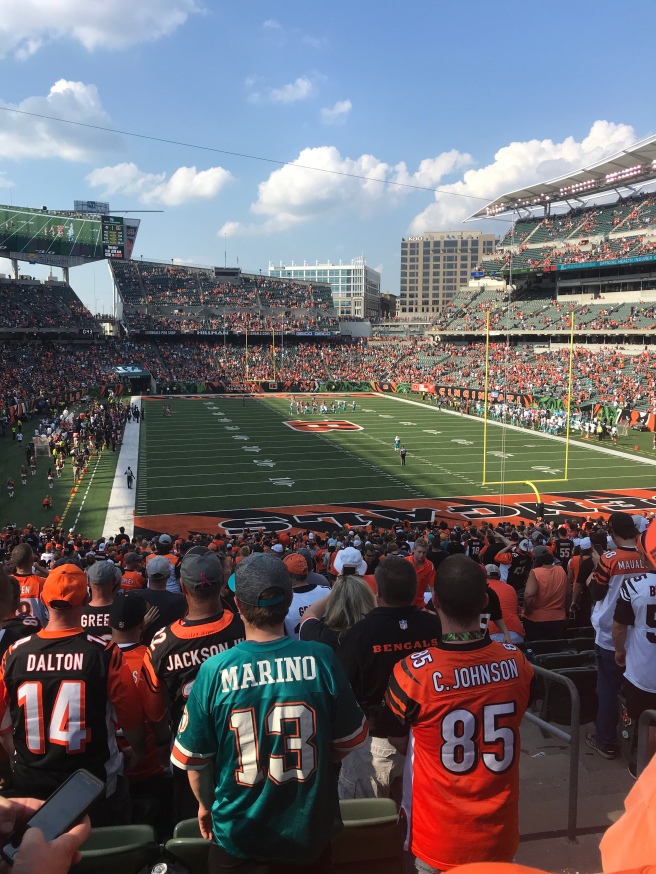 Today was also The Puddinette and my 18th wedding anniversary, plus I had a hockey game tonight. All of which are things that can and should have made a focal point of the day via sock selection.

But today I chose these. Not specific to it being our anniversary, a Bengals’ game, or even hockey night, these handsome stripes are just, basically, the wrong ones. Then again, maybe there are no wrong socks, as long as you make it not the wrong day.

One thought on “The Wrong Socks”