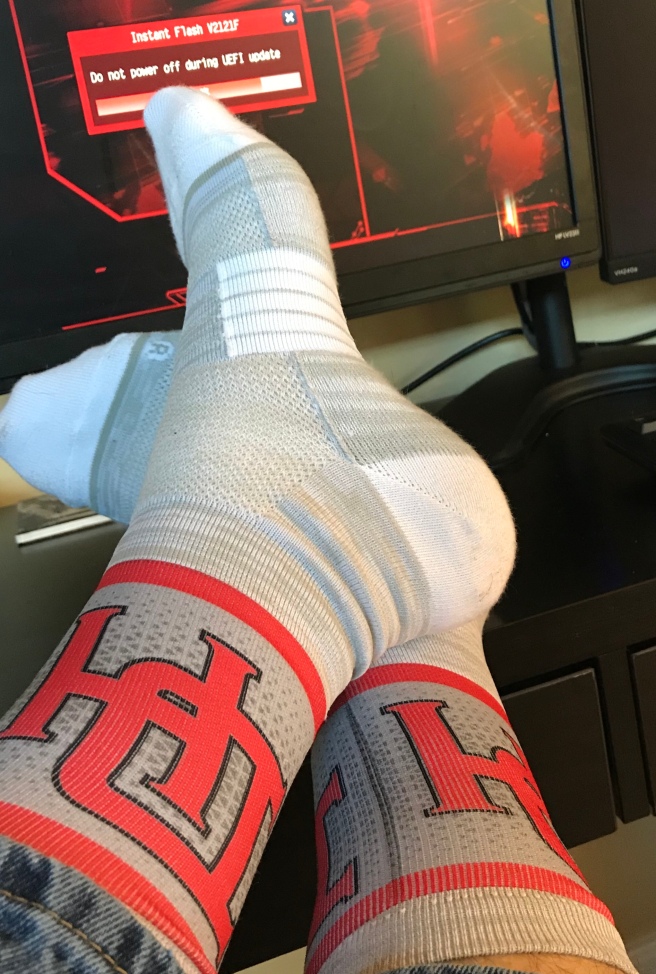 I know you’re probably thinking that these are the same socks I wore on Tuesday when I posted this week’s questionable haiku, but let me assure you they are not. They are somewhat similar, but considering I’ve worn pairs of the same pattern in different colors at points throughout the year, I’m quite comfortable with there being quite enough difference in the similarly.

These, then, were worn today in direct support of the high school that Oldest and Middle sons attend. Oldest Son plays on the school’s varsity soccer team, and in defiance of everyone’s expectations, they last week won their district and have been playing in the Regional tournament this week, even going so far as to have the audacity to win in the first round on Tuesday, in defiance of the conventional wisdom.

Unfortunately, the Cinderella story ends for pretty much everyone at some point, and tonight that was it for the boys. But they had an amazing season and made a terrific run here at the end. It was every bit the kind of excitement that makes me proud to have two pairs of socks to support the team and school.

I’ll probably even be keeping them.