See that?  It’s a muffin.  More importantly, it’s my muffin.  The Puddinette made it.  For me.  I mean, mostly for me.  Or, well, kind of for me, in the sense that they’re really for the Puddinpop, who turned 10 years old today at some ungodly stupid hour of the morning. I think it was like 2 AM and change, but I can never remember.  After 19 hours in the hospital that day, I’m pretty sure that I was knee-deep in some kind of hallucinatory spirit walk when he was born.

The first of my children reaching double-digits in age is, undoubtedly, a (capital-S) Special (capital-O) Occasion.  And say what you will about who the muffins are really intended for (yes, there were dozen; I wouldn’t take my oldest son’s only Birthday Muffin…jeez), I’m going to argue that seeing as today marks a full decade that I’ve been a parent and that the casualties thus far have been kept to minimum, the Puddinette and I deserve some sweet brown-sugary muffin action.

Of course, normally on Days Like This ™ , I’d conjure up a thousand semi-sentimental yet moderately comedic words out of thin air like Mickey going all Sorcerer’s Apprentice in Fantasia.  Unfortunately, as you undoubtedly realize by now, NaNoWriMo is a harsh mistress.  If I have a thousand words to give to anything today, it’ll be her. Err, it.

Instead, then, I thought I might take this opportunity to direct your attention to the Puddinpop’s previous birthday posts.  Because, really, who doesn’t love a stroll down memory lane?

[Warning: some of the posts linked below could potentially lead to getting something in your eyes.  Or, at least, my eyes.]

It all started here, with the story of the Puddinpop’s actual birth, which is, ironically, one of the very first blog posts I ever wrote (way back in the Wild, Wild West Days of 2002, when there was no WordPress, and you wrote your own website code, and that’s how it was, and you liked it that way).

And then, just as I was nearly enveloped by the soft, pillowy arms of a deep morning slumber, my lovely, long suffering wife calmly said just four short words, “My water just broke”.

In one single instant, those soft pillowy arms of deep morning slumber shattered into a million flying shards of brittle, sharp material and dove straight into my eyes. In the movies, you always see these highly dramatic shots of a second hand seemingly stuck just before reaching 12. I had always assumed that shit like that didn’t really happen, it was just in the movie for effect, for crissakes. Well, I’ve come to find otherwise. She said those 4 simple words, and time simply stopped. The words eventually found their way into my brain, where they were introduced into some Rube Goldberg-ian machine that took them, ran them down a ramp and plopped them on a see-saw thing that flung two pieces of bread into a toaster causing a match to light and ultimately resulted in a complete breakfast, including a fried egg, 3 strips of bacon and the realization that SWEET HOLY MOTHER SHE’S GOING TO HAVE THE BABY RIGHT FRIGGIN NOW OH SHIT OH SHIT OH SHIT I’M NOT READY TO BE A FATHER YET AND WHAT AM I GOING TO SAY WHEN THE KID FINDS MY STASH OF SKIN MAGS AND OH GOD HOW DOES ONE CHANGE A DIAPER AND CHRIST ALMIGHTY WHAT AM I GOING TO DO? Well, that’s kind of the gist, although I don’t think I could possible put into words the sheer terror I felt in that one single moment when the obstinate second hand couldn’t quite reach it’s goal and time seemed to stand still for at least 3 days

Years later, when I decided to be a writer Fer Reelz and returned to Puddintopia like The Prodigal Writer, I wrote this post for his 8th birthday, which is still kind of one of my favorites.

So eight years later, I’ve had a lot more time to consider life with a new child. I’ve experienced the joy, the wonder, and the awe, as well as plenty of sheer terror and more than a few helpings of frustration. Watching that helpless infant grow into an actual person has been everything they said it would be plus a lot of things no one ever mentioned.

The first few years were the most predictable, when everything had to be done for him. Every day was a juggling act of bottles, baths, diaper changes, exhausted 3 AM feedings, and spoon-fed pureed vegetables that went down his front more than into his mouth. I sometimes wonder how I managed to get through it without diapering him upside down.

And, of course, I couldn’t let last year slip by without wishing him a happy birthday while simultaneously realizing I was getting old.  Here’s what I had to say about the boy turning 9.

Believe it or not, today is the Puddinpop’s 9th birthday.  Nine.  One less than 10.  Which means that this time next year, he’ll be in double digits and I’ll have been a parent for a decade.

I’ve haven’t held the same job, driven the same car, or lived in the same house for 10 consecutive years.

Admittedly, the last decade hasn’t been all sunshine, rainbows, unicorns and lollipops.  But that’s kind of how it goes when you’re making shit up as you go…and don’t let anyone lie to you, making it up as we go is what all of us as parents are doing.  In that time, there have been tremendous ups and inconceivable downs.  Everything about this stage of life is factors of n harder than that smug, assholey teen version of yourself thought it would be when he finally got to be a grown-up.  But what that jerk didn’t really understand is that the “ups” aren’t always going to come from you.  Many times, often times, in fact, the highest highs will come from your kids, as they show you Life in ways you’ve never thought to see it before.

For the past decade, the Puddinpop has been helping us see new things through his eyes.  So, today, on his 10th birthday, I’m pretty damned happy to be having muffins. 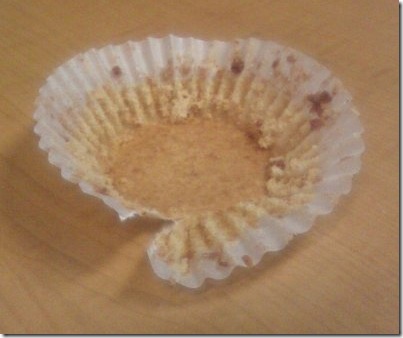 But I’m even more damned happy to have him.

One thought on “It’s a big day, and big days call for…muffins”