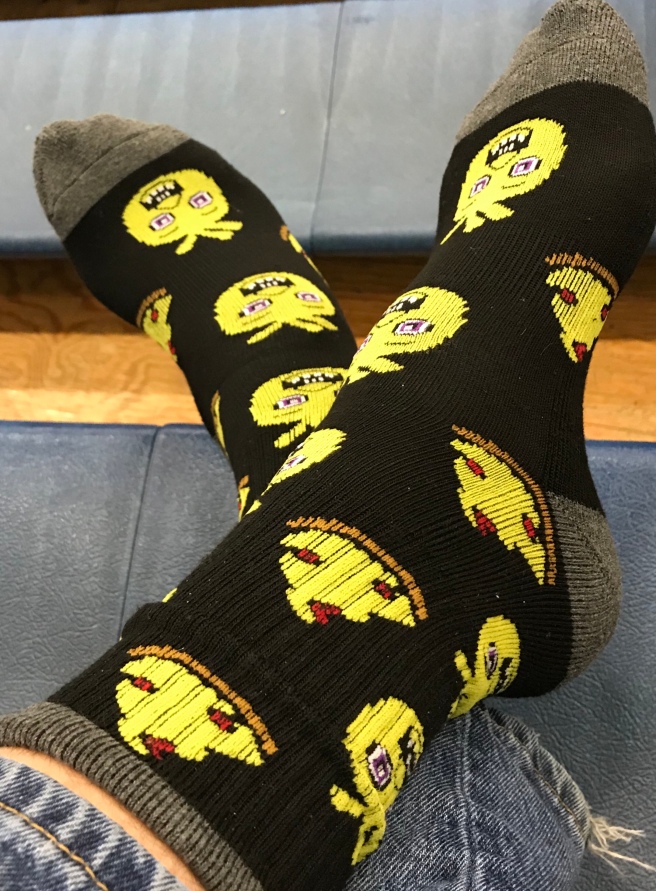 I can’t lie; I don’t really know a whole lot about the character on my socks today. Youngest son tells me it’s Chica, a character from Five Nights at Freddy’s. It also has pizza slices, I guess?

Apparently, tho, Freddy’s one of those kid-friendly pizza place with creepy animatronic characters, except at this one they’re actually alive (kind of) and kill people still around after closing time.

Ok so maybe not so kid-friendly.

Regardless, they’re cool socks while also warm, and on a 30-something degree day in November, that’s a key priority.