So, I guess when I wrote this post about the little, everyday rewards I’d give myself after accomplishing a day’s word count, I promised that after finishing the initial draft of OTHER THING, I’d write a post about how I actually go about the work of drafting a novel.

And, well, as you can see on the progress bar to the right, there, the initial draft is, in fact, finished.

At this point, having had a bit more than a week’s separation  – thank you, Disney World – from the OTHER THING manuscript (aka, “the cooling off period”) it’s time now to make with the editing.

So, late last night I waded into the swampy, fetid waters of revision.  That’s when I reach into the greasy vat of pungent, steaming, acrid word gruel I power-slammed into a document last month in a 34 day-long frenzied sprint to finish the draft before I ran out of time ahead of vacation (or worse, lost either my mind or my willpower) to make things right.  Then, with nose clips, ear muffs, rubber gloves, a biohazard suit, and a little luck, I’ll work and hack and chop and reshape the bloated chunks and musky odors of the draft into something someone might want to read.

But I guess that kind of leaves a few steps out, especially when it comes to getting the first draft down.  Sure, it’s easy to say, “you’ve got 34 days, go pound out a draft.” It’s also easy to say, “wrestle that dozen Dunken blueberry cake donuts away from that starving, Crisco-covered alligator.”  Without a plan, I wouldn’t want to attempt that even with Uncle Earl, let alone the ‘gator. The same goes for writing a novel.

If you’ll recall, this is the second time I’ve hammered out a 50k-ish word draft in roughly a month.  I did the same thing back in November. Having repeated the process and survived, I feel pretty good about having a kind of a system to Gettin’ ‘Er Done, so to speak.  And that system consists of: 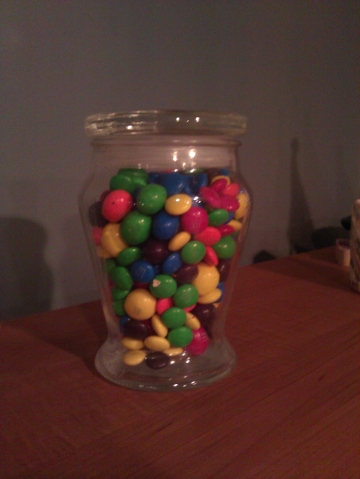 That’s it.  At least, for me, that’s how a book goes from a few insubstantial, unrelated thoughts including the words ‘shelldrake’ and ‘bamboozle’ to an entire middle grade novel in 30 days or so. Does every book need to be written this quickly? Oh, hellz no.  But, look, I’m not Stephen King, Dan Brown, or George R. R. Martin. I can’t afford to take my sweet time writing new books. Until I have a dedicated audience of reasonable size (read: legions of mouth-foaming fans), I’ve got to get my most marketable ideas out and available to the market before they become, well, not marketable. So, the time? She is of the essence.

And of course, this is the process that works for me.  After all, it’s my process, designed to correspond to the way my brain is wired. It may not work for you. So if your blue wires cross the greens instead of the oranges like mine, you might need to tweak this a bit, or come up with something altogether different.

Even so, I’ll promise you this: if you work hard at it, Every. Single. Day. I swear that you, too, can get that first draft out of your dusty brain locker and into the shiny, colorful world.

At which point you have to take your screaming, mewling new novel thing and fix it up with a few revisions.  But that’s another post.

Good luck, and may your M&M jar be always full!

One thought on “How I (actually) write a book”