Late last night, I finished the first pass of revisions for Project Macaroni. You know I’m not pulling your leg because there’s a 100% and a full progress bar over there on the sidebar to the right.  And as I’ve said before, progress bars = science, and science doesn’t lie.

After wrapping up that last chapter, I generated eBooks for the thing (including a terrible, not-even-refrigerator-worthy self-made cover page) and then ate what might considered a somewhat larger than typical serving of post-work “reward” M&Ms. Now, my brain needs rest. At least for, like, a day or something. Long enough to watch a football game, maybe. I hear there’s one on I might like to watch tonight.

For the rest of this week, then, people whose opinions I trust will read the book so they can tell me which parts of it are life-affirmingly awesome, and conversely, which bits were so awful it made them want to vomit uncontrollably and rip their ears off with nothing but rusty pliers and a bottle of cheap gin.

This leaves me with little to do with myself, so in the meantime, I plan to write some blog posts and catch up Words with Friends. Because I’m way behind there, kids. I think the last time I played all my games in one day, the word “rube” was used in everyday vernacular.

Oh, and hey, while I’m free, I might even take the Puddinette out on a date. You know, if she’s not washing her hair.

So, while the book is not quite done enough to send to my agent just yet, I’ve earned a few days worth of a break from writing like a crazed fool at all hours of the night.

And it’s a good thing, too, because I’m almost out of M&Ms. 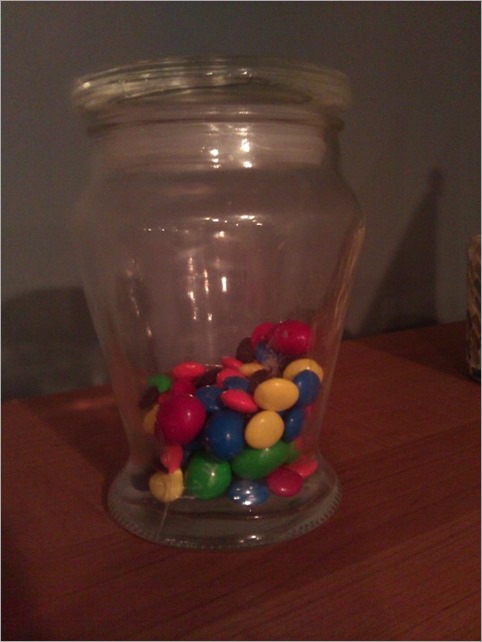 Anybody see them on sale this week?